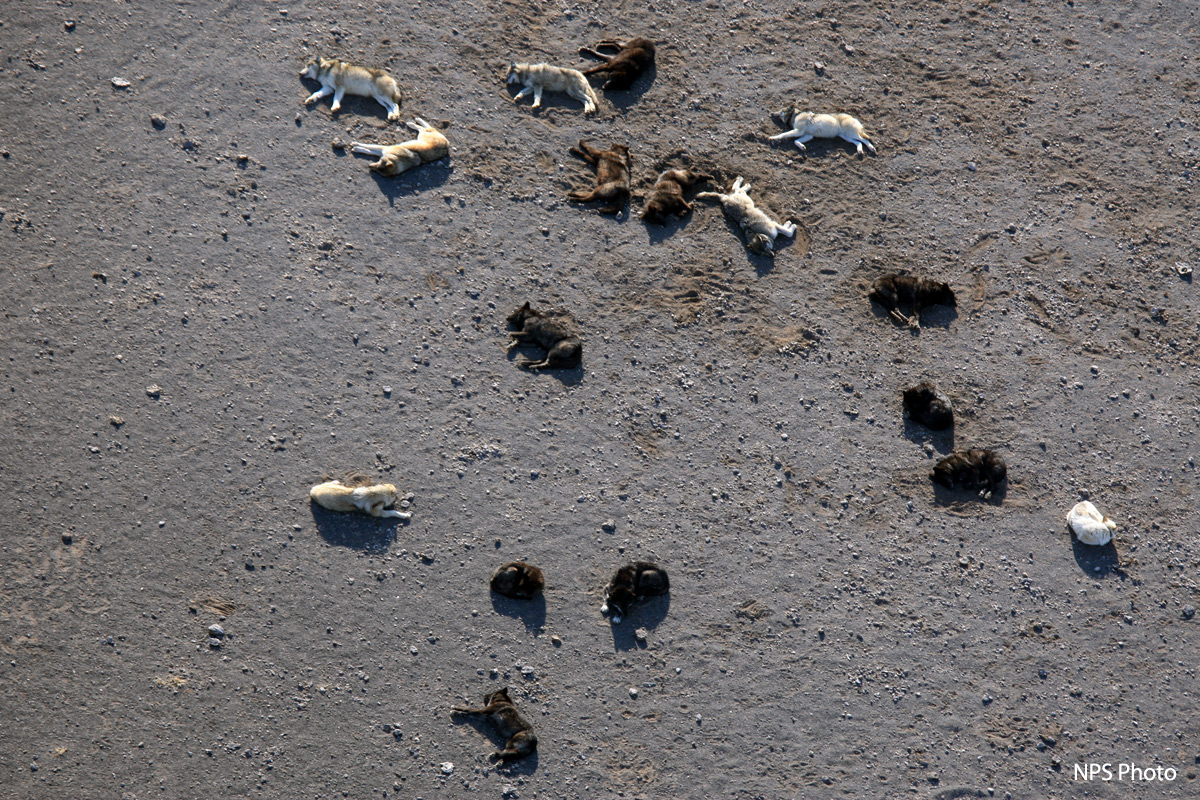 In January 2004, two radio-collared wolves from the Cougar Creek pack (304M and 257M) joined three uncollared and unknown wolves to form the Gibbon Meadows pack. Since they joined during the breeding season, they successfully denned in 2004 but only had one pup. It wasn’t until 2006, that the alpha female (537F, radio-collared as an adult earlier that year) was identified as such by biologists. Because this pack occupied remote territory, the alpha male (482M, radio-collared as an adult in 2005) also went unidentified as such until 2008. After a peak pack count of 25 wolves in 2008, the pack dynamics began to change. In 2009, an uncollared black wolf from this pack was removed as a control action after it became habituated to people in the Biscuit Basin area. The alpha female (537F) died later in the same year. When a wolf becomes inactive, the radio-collar pulses at a faster rate, which drains the battery. Wolf 537F’s collar did exactly that and the battery drained before biologists were able to locate her, leaving her cause of death unknown. The pack was last seen in Yellowstone in March 2010 and had three active collars (688M, 768F, and 769M). Their last location obtained by Yellowstone Wolf Project personnel was outside of the park boundary near the Montana/Idaho border.