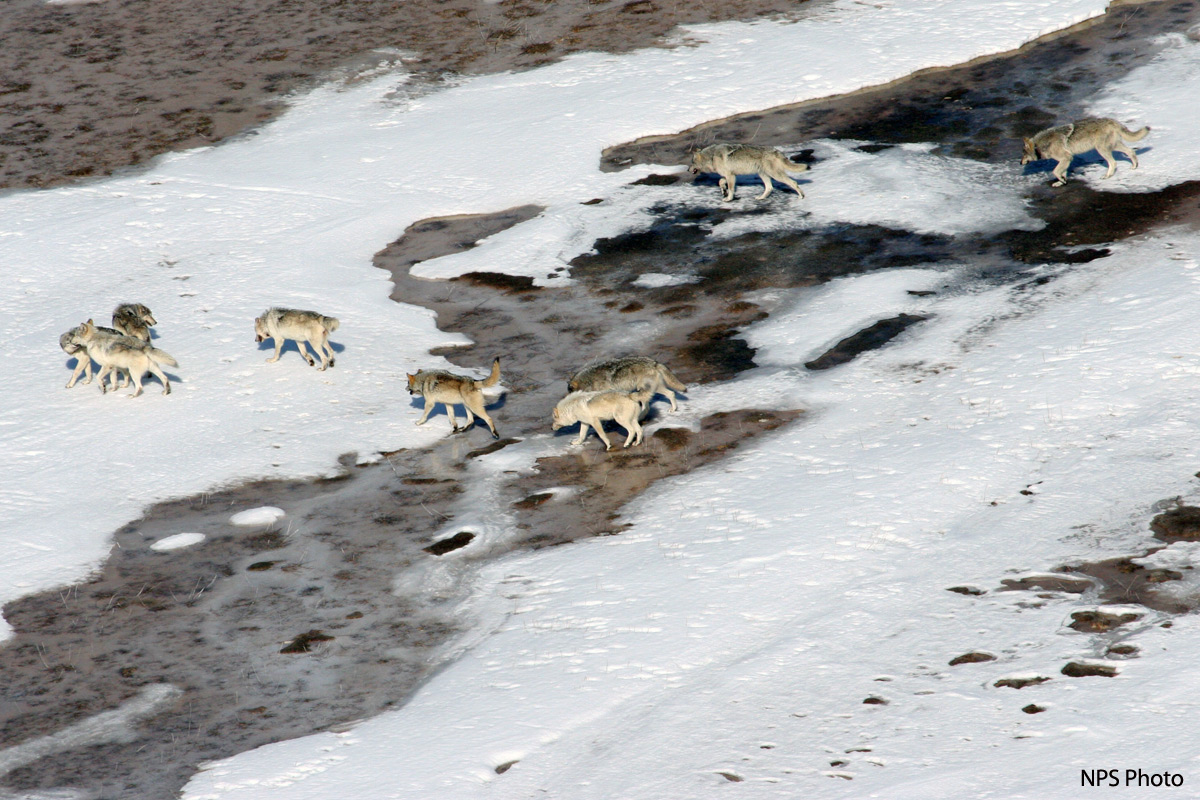 The Nez Perce pack had perhaps one of the most complicated beginnings after their release from the acclimation pens in 1996. Initially, 6 wolves from Canada’s Halfway pack (including alpha pair 027F and 028M) were released, but when the acclimation pen was opened, the males remained in the pen for 3 days longer than the females, splitting the pack. After repeated livestock depredations and several captures and re-releases, 5 Nez Perce wolves were re-captured and re-located to the Nez Perce acclimation pen together. Wolf 029M escaped over the top of the acclimation pen (his third successful escape), paired with a free-ranging wolf (048F) and denned near the pen. The remaining wolves in the pen reared 4 pups. When the penned wolves were re-released in June 1998, they joined with the free-ranging pair (029M and 048F) and shifted their territory into Hayden Valley. In 1999, this pack was the only park pack with all gray wolves, a unique pack structure because gray coat color is a recessive trait. The Nez Perce territory shifted into the Madison-Firehole region where they learned how to hunt bison for prey in the late winter when elk were less common in the area. With 20 wolves, the Nez Perce pack was the largest pack in Yellowstone in 2002. This pack dissolved in 2005 after the alpha female (048F) was killed by wolves from the Gibbon Meadows pack. Alpha female 048F maintained her alpha status for the duration of the pack’s tenure.