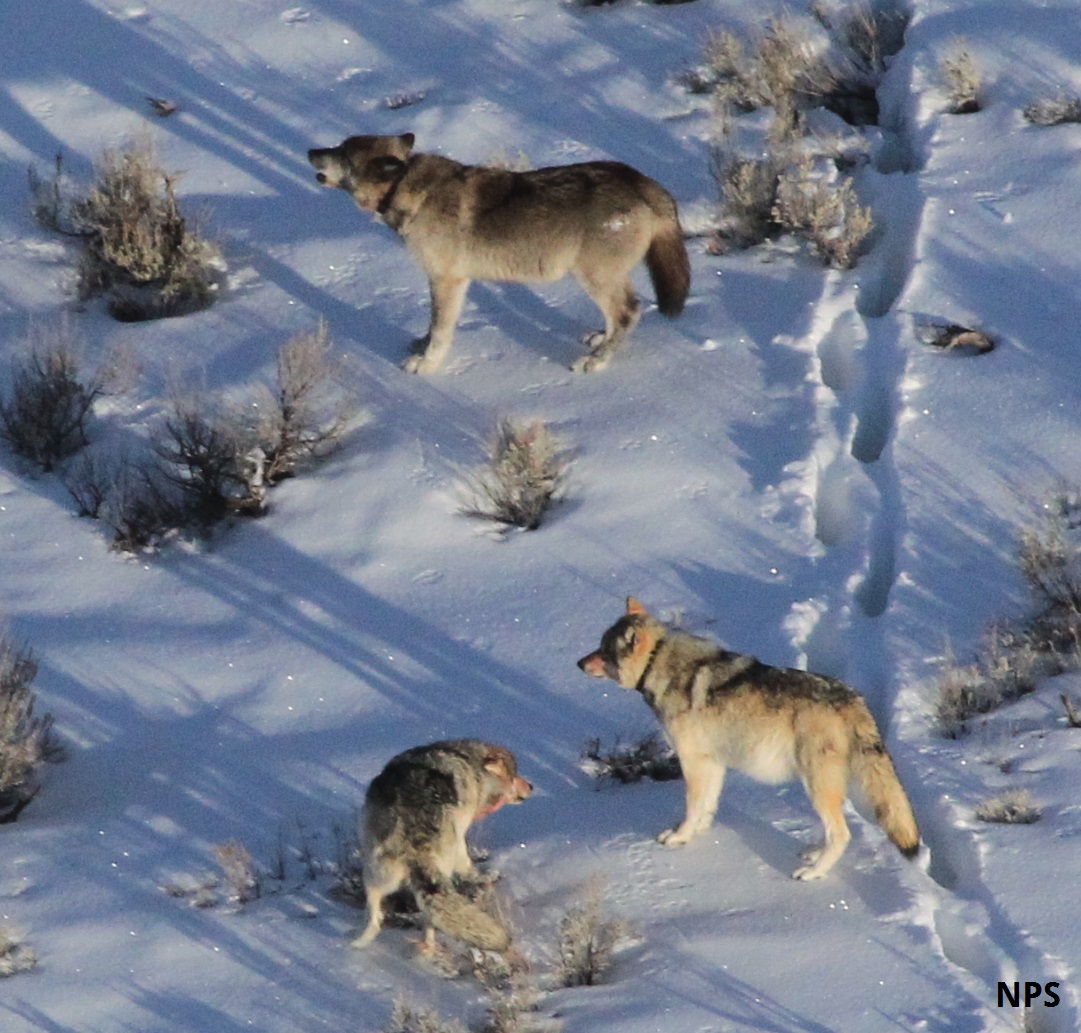 In February of 2014, SW763M, 821F, and an uncollared gray female left the 8-Mile pack to form the Prospect Peak pack. Both females were observed breeding with SW763M and three pups were observed by early summer. After 871M, the alpha male of the 8-Mile Pack, died in October of 2014, several additional wolves, including three more pups, left 8-Mile and joined the Prospect Peak pack. As of March 2015, four of Prospect Peak's subordinate males (965M, Twin, Dark Black, and Mottled Black) dispersed to the Lamar Canyon Pack within the next few months. The former alpha male, SW763M, was seen intermittently with the pack throughout 2016 and 1012M was killed by Junction Butte in the same year. The 2017 breeding season was an interesting time for Prospect Peak; 4 males left to join Junction Butte. Then, 821F was killed by other wolves in April 2017 after she had denned and given birth. Luckily, at least one Prospect Peak female denned in Slough Creek at historical, well-known den. As of June 2017, this pack is raising 5 gray pups. 3 gray Prospect pups were seen as of 9/2017 but pack composition was somewhat unknown. In early 2018, two gray females from Prospect Peak likely joined up with Crevice Lake Pack, and at least one Prospect Peak wolf was harvested. As of summer 2018, the Prospect Peak Pack seems to be dissolved, although there is still the occasional sighting of 964M. [Updated 7/2018]