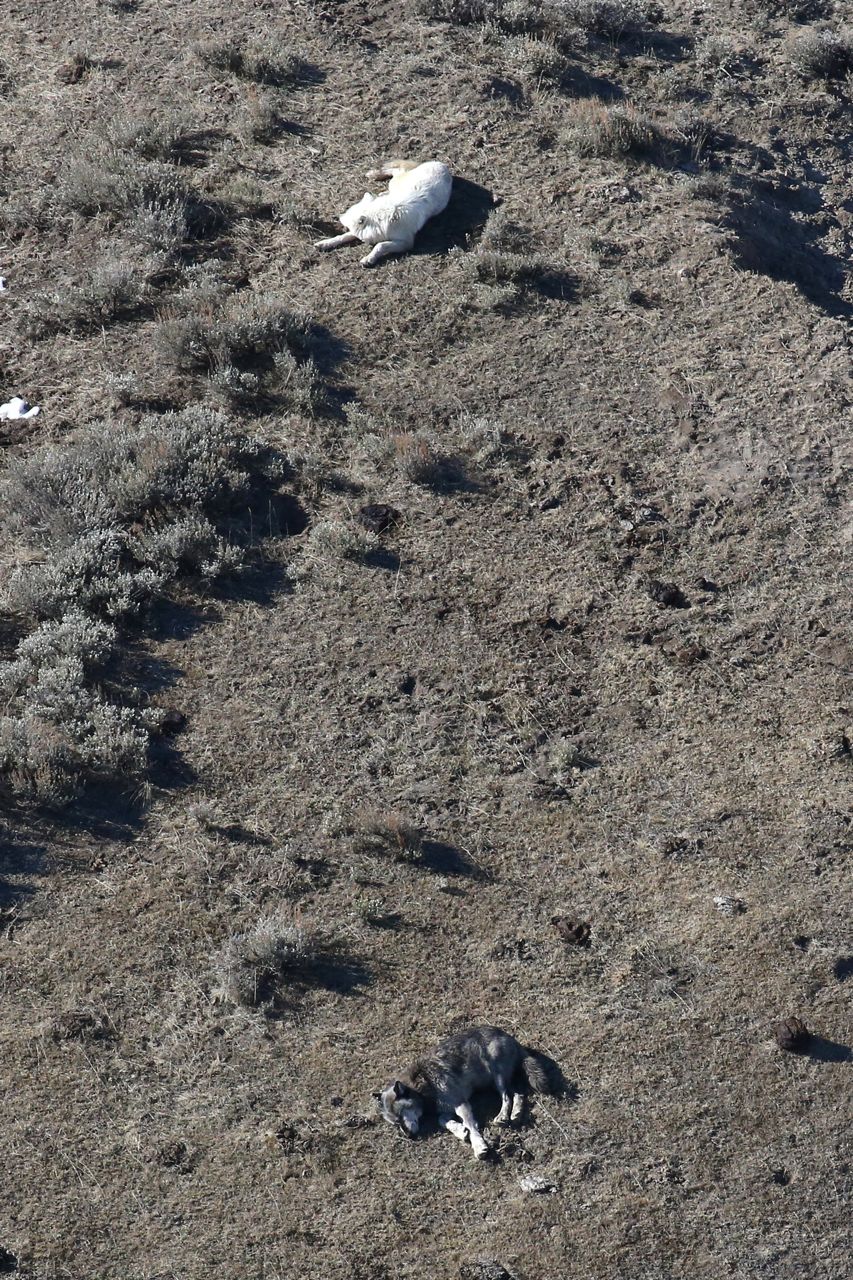 This pack originated when a female from the Hayden Valley pack and two males from the Mollie’s pack joined up in spring 2008. After both alphas of the Hayden Valley pack were killed by the Mollie’s pack in October and November 2007, the remaining wolves relocated outside the park. This allowed the Canyon pack to fill into much of the old Hayden Valley pack territory. This pack has been very comfortable near developed areas, exemplified by their use of a highway culvert to stash pups in 2008, denning near park headquarters in Mammoth Hot Springs in 2009, and regularly using roads as travel corridors during the winter months. With the exception of a yearling that was hazed (an approach used to decrease habituation behaviors) to prevent further habituation in 2011 after being fed by a park visitor, the pack does not show signs of actively approaching people. The pack has retained their original alpha pair, a black male (712M) and a distinctively white, uncollared female ("The White Lady"). The White Lady was euthanized in April, 2017 after she was found injured on the Northern Park boundary. The Canyon Pack’s territory currently ranges from Hayden to Old Faithful, Norris, and Mammoth. As of 2017, it appears the current Canyon Pack is only remnants of its past; we have only seen 2 wolves this year – a black and gray adult, and the gray has as spot of mange on its back left haunch. During the 2017 Montana wolf hunting, wolves matching the descriptions of the two remaining Canyon wolves were harvested outside the Park. We do not believe the Canyon Pack is intact at this point. [Updated 1/2018]