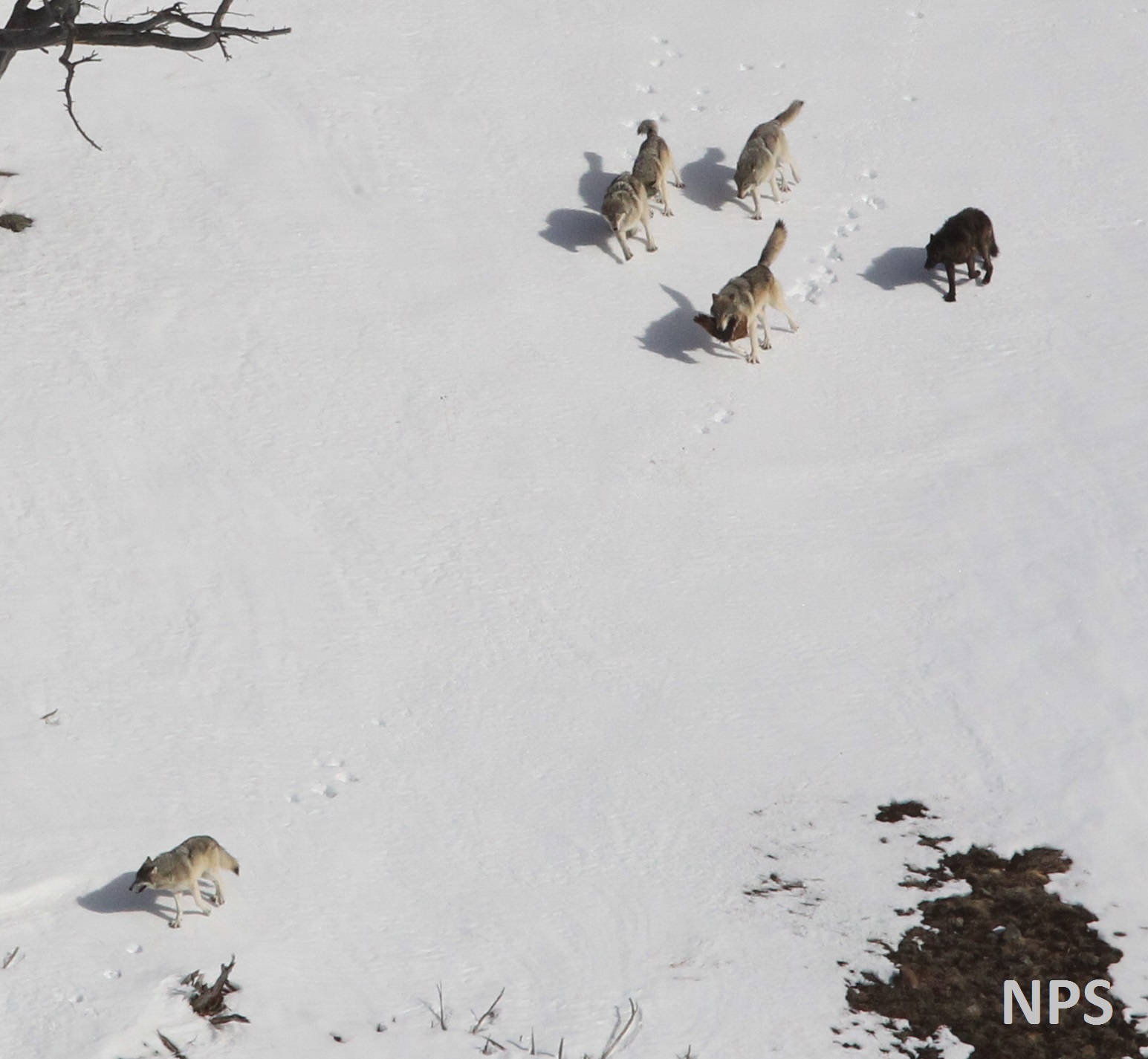 The Yellowstone Delta pack is one of two current packs that have persisted since the initial 1995 releases. This pack was originally released near Soda Butte in the Northern Range but was translocated as a pack to the southeast arm of Yellowstone lake in 1996 because of the close proximity of their den site to active livestock operations. The pack established a territory in the Yellowstone Thorofare and Yellowstone River Delta areas, which prompted the pack to be renamed in 2000 when none of the original Soda Butte wolves were left. This park pack spends most of the winter outside of the park in the Bridger-Teton Wilderness. The Yellowstone Delta wolves are some of the most difficult to keep track of due to their remoteness, history of chewing off radio-collars, and periodic dispersal or death of collared wolves. The alpha male (760M) was one of the three largest park wolves ever collared (all were Yellowstone Delta pack wolves) and weighed 147 pounds. Wolf 633F was collared as a pup in 2008 and later replaced the former alpha female 575F, although since the fall of 2014, she has not been located, and her status is unknown. The Wolf Project could not locate the pack in March 2015, and their current pack size and status is unknown. This pack has not been seen for some time and was "removed" from Park Pack lists late 2016. [Updated: 4/2017]